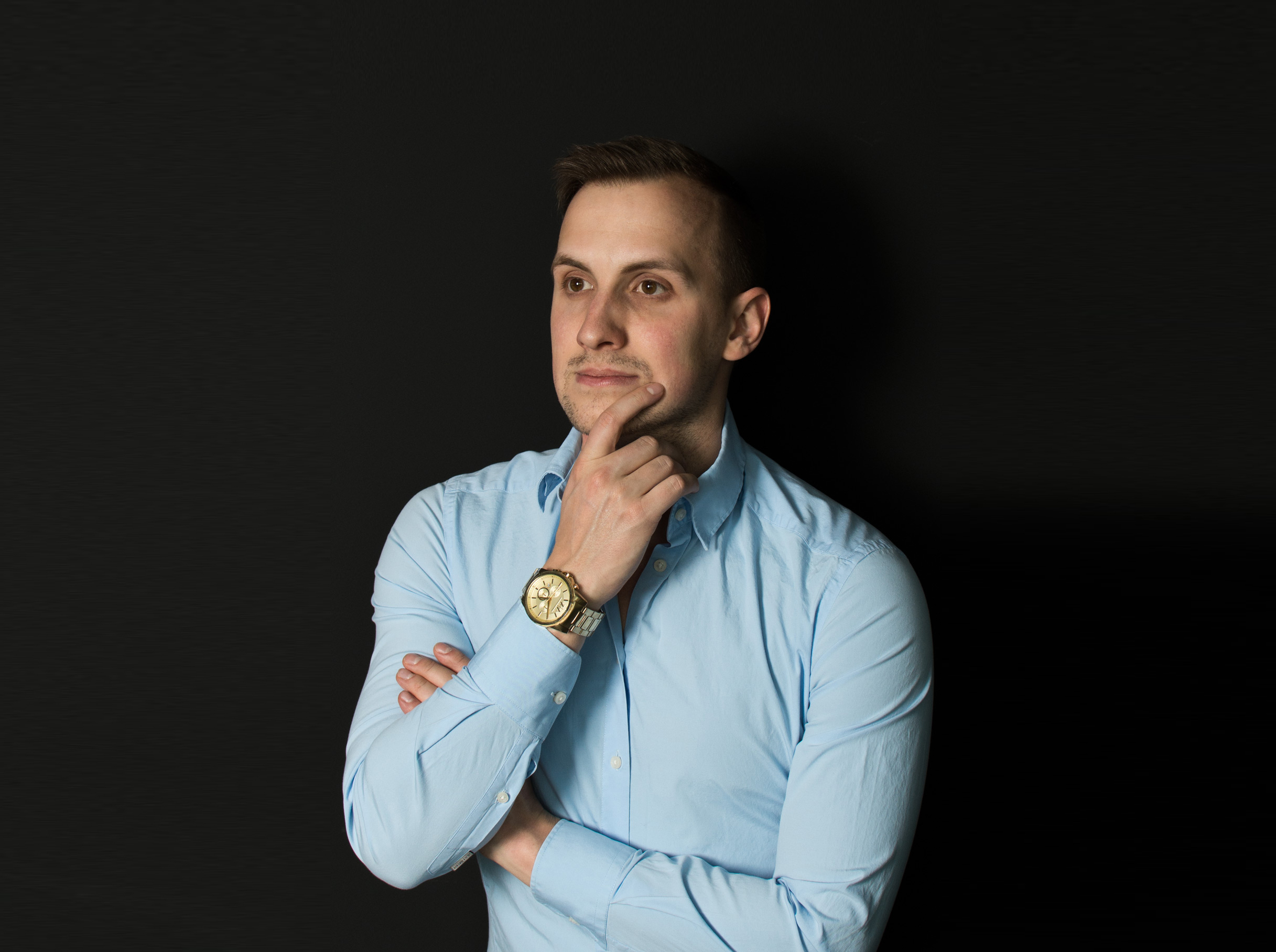 The makings of a killer UI Kit with Jan Losert

Jan works as the Creative Director and Product Designer at Tapdaq while producing best selling UX kits and web interfaces for Photoshop and Sketch on networks such as UI8, Creative Market and More.

"But mainly be responsible and stand for your decisions and designs. Be able to say this is where we went wrong and this is what worked."

Our phone call started at 5 AM Mountain Standard, hearing Jan running from the office to the gym, we decide that we will postpone the interview until after work. There is a consciousness he seems to have for schedule. The only schedule he breaks is his nighttime routine, where sometimes he goes to bed at Midnight, while other nights he doesn’t get into the covers until after 3 AM. During these nights is where the magic occurs.

Jan works full time at Tapdaq, starting at the mobile promotion platform when there were only 2 others. He has designed every pixel from corner to corner, as their lead designer, crafting both the company’s image and other clients. He seems entertained by complex challenges, focusing on the feature packed dashboards. “I design all day and night long”, Jan describes himself. But he is not obsessed, simply focused.

Jan and his girlfriend live in the UK, seeking travel in between projects. We speak about the cross between client life at Tapdaq and his projects at home, one project in particular which shines light on his talent and advances him into digital designer stardom.

UI Kits were something of interest to him early on has he crafted complex dashboard interfaces. Dashboards of style, color and simplistic nature so that end users could adopt the particular tool quickly. In essence, the faster an end user can catch on to a new program the more money that particular user will save. At night, Jan uses his same practices to his UI Kits, an online store which contains library packs of screens and elements that other developers and designers can purchase and implement into their own projects.

The complexity is simplified into layers embedded into Photoshop and Sketch 3. “I made the Mobile iOS UI kits first, both the 90 Cities kit and Night & Travel kit, converting the elements into multiple screen sizes made pixel ready for the iPhone 5, 6 and 6 Plus. It was mainly out of practice, to best understand the iOS principals. Then I worked on the Apple Watch UI Kit, creating 40 screens and 10 concepts.” – Jan. It humored me that out of practiced he managed to acquire 3,500 downloads for just the Watch Kit alone. His style is thought provoked and resembles a dark hazy night. A flagrant blue and purple seem to be his choice of color, accented by an emerald green. The colors work quite nicely together, complementing each other in his scenes, like a personality he has created with in the kit.

Challenged by complexity, Jan focused his latest project on his Dashboard UI Kit. When you first download it, you can see his perspective. This kit resembles a tool for teaching, for “Mastering the Art of Product Design & Dashboard Interface”. With over 60+ Screen and 400 elements the kit shows a new height for pixel layout and guides the purchaser through an insanity amount of titles and description for each layer. “The project took me over 3 months, first producing it in Photoshop. When I took it into Sketch I notice that it was 3 pixels off. So I spent another several weeks redoing all of the screens. Even my girlfriend assisted with the layer titles. It was an all-night sort of project”.

The kit went on to generate over 1000 downloads the first week on UI8.net and later the 3rd bestselling kit of all time within the marketplace. Jan humbly acknowledges his method of teaching by producing a sound ideological example of professional grade digital layouts which as taught thousands of users. “The emails keep pouring in, which makes my job exciting to hear and listen to what customers are looking for in the kits. My updates keep me busy”.

The complexity of the future is something Jan continues to iterate in all of his designs, “The question is, how will current apps adapt their experience to new devices? We took this question seriously and have tried to create an experience which users understand. We are curious what you think about these apps and maybe you can take our progress further”. Progress seems to continue to be determined by his pixel perfect visions, visions on the future and a strong precedent study to creating the UI your grandchildren will continue to use. You can continue to see Jan’s Designs on personal website, his UI Kit store and his Dribbble profile.

"There is definitely a couple. First - I started making cash on the side, I was 18 and I was making comparable income as my parents, which was exciting. That’s when I’ve realized that all these long friday nights in front of my computed finally started paying off. My big break, I guess you call it was definitely during my first job in Socialbakers where I started as one of the main designers straight from the start and I’ve realized I’m probably doing something what people actually like.

And third, was personally a big challenge for me and the biggest change was me moving from living under the roof of my parents in Badoo to London. Before that I was just Junior Designer only 3 years ago. Today, in London, I’ve been working every day late nights until 3AM on my dashboard designs. But the excitiment keeps me going. Once I’ve got 2000 followers in 2 months on Dribbble. It has changed my thinking about design a lot."

How did you begin your creative journey? "I was chatting online with people about various topics on one a forum back in the day. The majority of people on the forum used to have amazing graphic signatures in their profiles, which would appear under all of their posts. Curiosity brought me to Photoshop and I started designing my own signatures. The next two years following the creation of my first signature, I spent around 2 years creating various photo manipulations, matte paintings and wallpapers. Four years later, I moved to web designing, and I have been pushing pixels ever since."

Who or what influenced your beginning designs?  "DeviantArt community and czech designer. I’ve learned everything alone in my room on my parent’s PC. I’ve been recreating tutorials on Tuts+ back in the days. I wanted to do something different than every kid in my neighborhood."

What does it mean to be a creative leader?  "As I’ve mentioned before. It means to be able to deal with everything. Things gets complicated. It’s not only being able produce nice dribbblish pixels for likes anymore. It’s all about being able to present to the whole team your designs. Being able to produce copy hand in hand with your copywriter. Be able to test hypothesis. Spend time with contractors and chase them to deliver the best possible results for the whole company.

What is the work your most proud of?  "Definitely Tapdaq. I haven’t been in any job for more than a year before and I’m already in Tapdaq for 2 years and 3 months and it’s still exciting, at least sometimes :)  It’s amazing to work hand in hand with one of me best friends and one of the best developer out there on something what people are actually using. I’ve put everything into Tapdaq. When I’ve joined as 1st employee I’ve got empty paper and I’ve created every single pixel and every single interaction."

Designing next to your Brother. An inside look at Balkan Brother's Digital Takeover.

About this Project: We are a small group of designers that thought maybe its a good idea to start documenting some of the decisions that we make and why we make them

Subscribe to our beautiful newsletter that is soaking
with designer stories, latest project tales and more.

Thank you! Your submission has been received!
Oops! Something went wrong while submitting the form